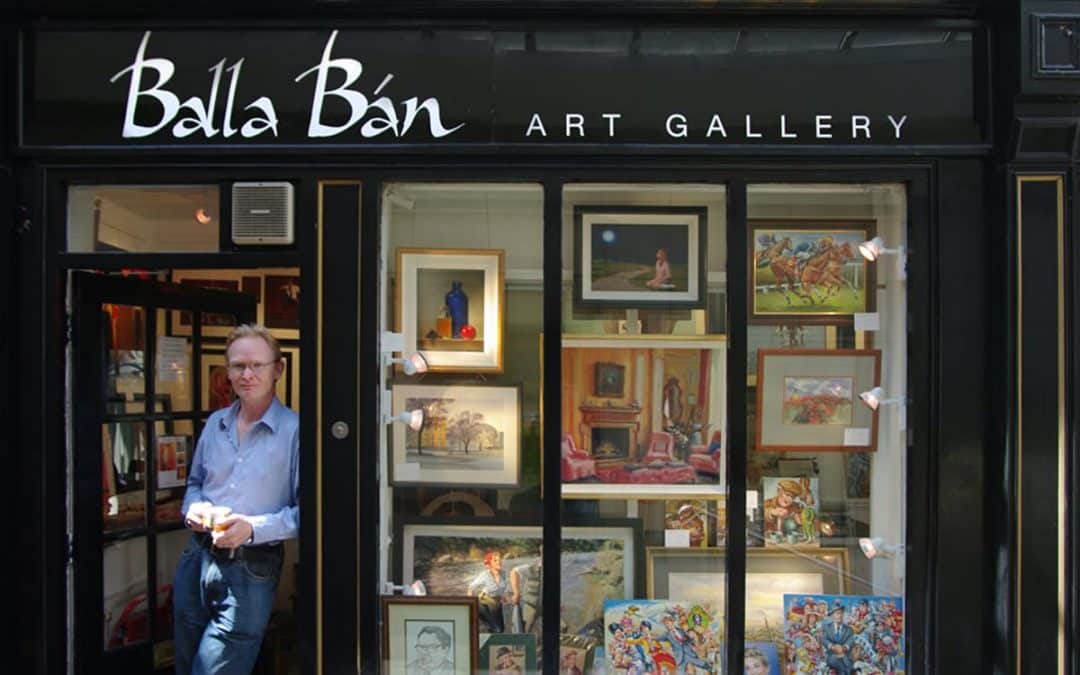 Kelly Hood showcases her new collection of cows on canvas.

While Ireland has had its fair share of sacred cows in recent times, the spiritual nature of cattle and their aesthetic beauty is now captured on canvas in a unique solo show by young Dingle artist Kelly Hood. The exhibition, which opens in The Balla Bán Gallery in Dublin, on the, 28th November next, features a striking collection of cow portraits that perfectly embody the inquisitive nature of cows, in bold black and white.

Kelly Hood showcases her new collection of cows on canvas at The Balla Bán Art Gallery in November through to December 2011.

“My work sets out to express the spirit of the animal world. The characterisation of cows focuses primarily on capturing the individuality, charm and serenity of these gentle and earthy creatures. My paintings endeavour to portray the worthiness of these animals and depict their details with depth, sensitivity and humour. By producing life-like, animated images I am attempting to give these passive creatures a voice and a place in a society where they are all too often disregarded”.

She has worked on large canvasses for maximum impact, and her super realistic style in these monumental, monochrome paintings is due to her use of the traditional glazing technique, inspired by Italian Renaissance painting.

Buyers of Hood‘s cow collection include people, now living abroad, who want a memory of Ireland to take with them, and others who grew up on a farm, but are now living in a city. “Living in Dingle, I‘m never short of a willing model. I found my first, Paddy, in 2008, and we bonded over a barbed wire fence. She snorted sweet breaths at me through her velvety nostrils, as a globule of spittle dangled from her whiskery chin. I determined then that I would paint her — and one cow led to another,” Kelly laughs.

“I was unexpectedly drawn to cows when I first viewed them as a subject for a painting. They were not just a herd of cattle; they were individuals with unique and completely charming personalities. The cows’ curiosity and quirkiness makes them a good subject, and because they have always been part of the Irish landscape, we can all identify with cows‖ Kelly says.

Despite the single subject and her chosen medium, there is astonishing variety in Kelly Hood‘s cow collection, with her strength of technique ensuring that each new work is fresh and distinct. She consistently draws out the individual characteristics of her bovine subjects to humorous, affectionate and dramatic effect.